Have you ever wondered how the well-known tequila acquired its popularity and has become one of the most famous consumption options for parties around the world? In this article we go through the history of this drink of Mexican origin. You will be surprised by some of our findings!

Tequila owes its name to the town from which it originated, the city of Tequila, located in the state of Jalisco, in Mexico. They say that the indigenous people of Jalisco discovered it by causality when some agaves were burned due to lightning. Agave is the plant of origin of tequila. Of course this was initially seen as a gift from the gods.

The first to distill the juice produced by the plant were the colonizers of Spain, giving it a rougher taste, allowing the birth of the current tequila. The date that contemplates the birth of the liquor is close to 1795, the year of the foundation of José Cuervo, the first distillery in Mexico.

Did you know that…? All drinks produced from the cooking of heads, stems and leaves to obtain distilled beverages are generically referred to as mezcal. Therefore Tequila is a mezcal. The difference between Tequila and the drink known as Mezcal is that Tequila is produced from blue agave whereas the Mezcal is from other varieties of the agave plant.

You will find an assortment of liquors in the market with liquors named Mezcal, Agave Distillate, Tequila among others. Although they have a similar origin they receive different names due to their Denomination of Origin. For it to really be called tequila, it has to be made in Mexico, with denomination of origin in five states of the country: Guanajuato, Michoacán, Nayarit, Tamaulipas and Jalisco. And in the first three can only occur in some municipalities, the border to Jalisco.

Contrary to popular believe, agave is not a cactus, agave is a plant that belongs to the agavaceae family, it is long-leaved, fibrous lanceolate, bluish-green, whose useful part for the elaboration of Tequila is the pineapple or head. The agave has taken advantage among other things to make fences, tiles, beams, fabrics, paper, nails and sharp objects, juice, liquor, vinegar, honey and sugar.

If you drink a 100% agave tequila that does not go through any chemical process, you will never experience a hangover.

The popular use of salt and lemon is only to reduce the blow of tequila, the first thing you should take is salt, which will help you salivate, then tequila and finally lemon.

After the Mexicans, it is the Americans who consume the most tequila. The United States has also been the leading recipient of Mexico’s tequila exports, followed by Germany and Spain.

Tequila Sunrise is the name of the first, and most popular, cocktail made with this drink, its main ingredients are orange juice, grenadine and of course, tequila.

Will you visit Mexico City? Garibaldi is the best place to drink tequila in Mexico City, where the only museum open at 12 p.m. in Mexico is called “Del Tequila y el Mezcal”.

Costs can vary from very cheap to very expensive, but if you buy it in the land of Tequila, people can most of the time be surprised how affordable it can be and the diverse amount of tequilas that exist. From Blanco or Plata, to Reposado, Añejo, Extra Añejo and the most recently introduced Cristalino, depending on the age of the agave.

Tequila (land, town and especially the drink) is a unique experience full of Mexican flavor, culture and tradition.

Visit our Month Flavor section to read more about other culinary curiosities and recipes from your favorite destinations.

February Savings To Fall in Love With 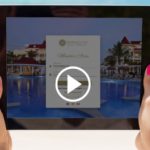 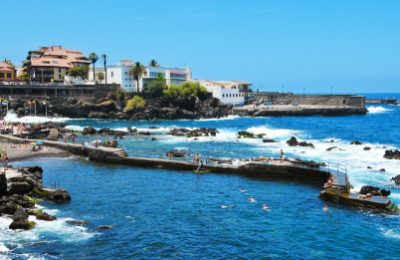 On the spot: Live the Summer Carnival in Tenerife What to Expect for Future Travels