If you’re thinking about traveling to Mexico, you’re probably imagining idyllic beaches, ruins that can tell epic stories and striking culture along the width and breadth of the country. Then there’s the food, which really is something else. As at many of the amazing destinations you can visit when you book Bahia Principe Hotels & Resorts, Mexico has a rich culture. This includes popular phrases that you might hear while you’re on holiday. We hope the list we’ve compiled below helps you on your adventures outside the Bahia Principe Riviera Maya.

Aguas: literally it means waters, but it’s used to say, ‘look out’.

Alberca: is a swimming pool.

Chido: you’ll hear this said about something grand or cool.

Chela: means beer. If someone invites you to chelear, it means they’re asking you to have some beers with them.

Chiste: is the strategy or art of doing something.

No le hace: is a Mexican expression that means ‘it doesn’t matter’.

Wey or Guey: is a term friends use to refer to someone they trust.

Playera: is a short-sleeved t-shirt.

No manches/No inventes: means ‘don’t lie’ or shows that you don’t really believe what you’re hearing or seeing.

Está cañón: is something that’s difficult.

Chamba: means ‘work’ and ‘I’m going to work’ would be ‘voy a chambear’.

¿Qué onda?: is the official way of asking ‘How are you?’

Órale: a way of expressing surprise, for example: ‘¡Órale, está bien chido!’ (‘Wow, that’s really cool!’). It can also be used to show that something is urgent: ‘Nos deja el vuelo, ¡orale!’ (‘Hey, the flight’s leaving without us!’).

Popote: this is a straw for a drink. However, it’s much better not to use any straws for environmental conservation reasons.

Híjole: a combination of the words ‘hijo’ (son) and ‘órale’, it’s used to express surprise or amazement.

Lana or Billete: both mean money. They’re used in this kind of expression: ‘no tengo lana’ / ‘no tengo billete’ (‘I don’t have any money’).

Fregón/ fregona: this word can mean pleasant when it refers to a thing. If you use it to refer to a person, it means that he or she is very good at something. For example: ‘Es un fregón con los cócteles’ is someone that’s very good at making cocktails.

Padrísimo: this is used about something fantastic, wonderful, cool.

Equis: is used as an adjective for something that is not very important or that doesn’t meet expectations. Unless we’re talking about the beer Dos Equis.

¿Bueno?: is how Mexicans answer the phone.

We hope you’ll find these phrases useful the next time you visit Mexico. And now you know, if they offer you a chela, you can say ‘una chela bien fría’ (‘a really cold beer’) and enjoy a refreshing drink while you’re in the Caribbean.

For popular phrases in Jamaica you can read this article. 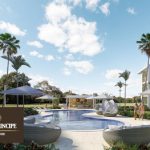 Benefits of running on the beach