Did you know that your favorite song featured in Bahia Principe Hotels & Resorts is actually a Merengue? Let’s celebrate International Dance Day by discovering the local rhythms of Jamaica, Mexico, the Dominican Republic, and Tenerife.

But first a little bit of history

International Dance Day is a global celebration of dance, created by the Dance Committee of the International Theatre Institute (ITI), a main partner of UNESCO. The event takes place every year on 29 April, which is the anniversary of the birth of Jean-Georges Noverre (1727–1810), the creator of modern ballet. The day strives to encourage participation and education in dance through events and festivals held on the date all over the world.

Honoring the day, let’s see what are the traditional dances that we could stumble upon during our trips.

Only in Mexico could we lose a shoe, or two, among so many dances and local rhythms. And, just as there is incredible gastronomy that varies in each region, we can also find a great variety of dances.

Among the most beautiful and striking aspects of culture and clothing is the traditional Jarabe tapatío from Jalisco, considered the “national dance” of Mexico and the best known outside the country, often called the “Mexican Hat Dance”. Others are the Yucatecan Jarana typical of the Yucatan Peninsula, the dance of La Bamba in Veracruz, the Dance of the Old Men, in Michoacan, the dance Flor de Piña, characteristic of Oaxaca and Los Parachicos, the latter being Cultural Heritage by UNESCO This dance is performed during the Fiesta Grande de Chiapa de Corzo in Chiapas.

Every year Jamaica celebrates important events that mark moments of historical change. Among its traditional dances are the mento, which is a precursor of ska, and reggae. Traditionally marked by European and African influences, Jamaica’s dance forms have evolved over the years; from the first folk rhythms like jonkonnu, also John Canoe or Junkanoo, which was played at Christmas, to bruckins, or Bruckinds, which celebrated the abolition of slavery, and ska, with its liberating essence and vibrant steps of reggae.

When talking about the local rhythms of Tenerife we must take into account that the passage of various cultures has impacted the folklore of the Canary Islands. The Portuguese and Spanish traditions, and later those of the Genoese, Jewish, Flemish and British merchants would be added, and above all, the transit of people between the Canary Islands and America. In the end, we can appreciate a large number of traditional dances in the region. The most common and practiced is the Isa, the most joyous dance. It is followed by Folia, the oldest than the islands themselves. It was an old Portuguese dance that suffered variations in Andalusia in the 16th century. For sweeter or melancholic themes, there is the Malagueña, which would be the opposite of Isa.

In the Dominican Republic, there are also popular dances and folk dances. The national and most widespread dance is undoubtedly the Merengue, although it is true that the Bachata was danced to first, and in 1805 the European influenced Carabiné dance emerged.

Other dances are the Congos, the Sarandunga, the Comarca, the Gagá with Haitian influences, the Guloya, the Pri prí, and the Baile de Palos, a religious dance, also known as the dance of the atabales. In the Province of Baní arose the Mangulina which is performed after the Carabiné.

Learn more about Merengue and its history if you want to enrich your knowledge of the local rhythms.

Be it animated or made of slow steps, happy or nostalgic songs, surely there is a dance for every occasion since each town dances to the tone of its various local rhythms. 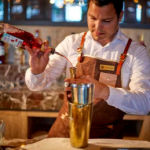 Here’s why the Escape Experience is the best for you

On the Spot: Bahia Scouts 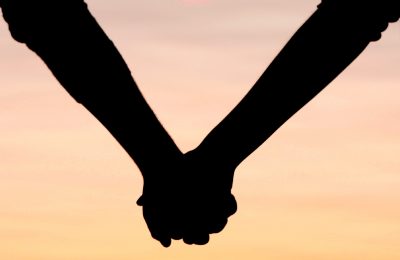 An adventure for 2: Romance in Jamaica